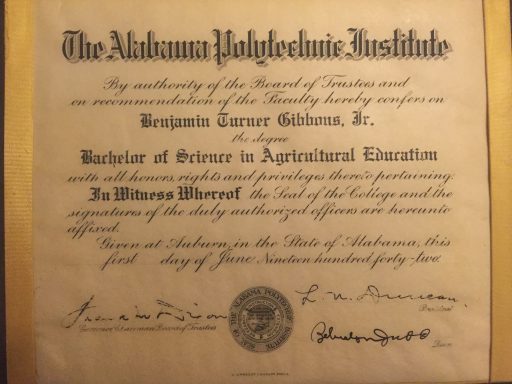 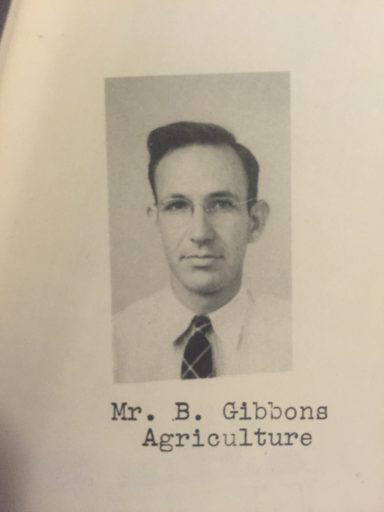 As a young man, my late father-in-law never had much opportunity to kick up his heels.  He went from farm life to working his way through college to marriage and teaching, and then to fatherhood.  When his first child (who became my husband) was only a few months old, the coach at Daddy’s school suggested they go on a weekend fishing trip, and Daddy decided to do it.  Mama Gibbons probably wasn’t too happy about the plan, from the get-go, since weekends were her best chance to get out of the house.  With her husband gone in the car, Mama was stuck at home.

The coach probably fished all the time.  When Daddy picked him up he had rods, bait, picnic food, and a big cooler filled with beer.  It’s very likely that Daddy had never tasted beer and he probably didn’t plan to drink any of it, but once they got to the river and the day warmed up, he gave in to temptation.  By Sunday morning, he was probably giving in more readily and more often.

Meanwhile, back at home, Mama had problems.  She was still nursing the baby, but since her milk supply was undependable, she supplemented with bottles of formula as needed.  Unfortunately, the formula ran out on Saturday.  Daddy hadn’t been real definite about when he’d be home, but  Mama was counting on Saturday afternoon. He didn’t make it.  By bedtime the baby was wailing loud enough to rouse the neighbors, if not the dead,  and Mama was beside herself with frustration.  Before morning, she was angry.

Late Sunday afternoon Daddy drove up, rumpled and smelling of beer and already suffering the misery of a hangover.  His troubles were only beginning.  His infant son was screaming with hunger and his angry wife was asking what on earth was he thinking, leaving her at home with a baby that had been crying for 48 of the last 24 hours?

Daddy could only sit at the kitchen table with his head cradled in his hands.  This was in the 1940s—stores and pharmacies were closed on Sundays.  The baby kept crying and the wife kept fussing.  Mama finally realized she could drive the car and borrow some formula from a friend with a baby.  Daddy was too sick to make the errand, but he probably had time to revisit the wisdom of his decision as the baby screamed louder and louder.

The next morning was a school day, but Daddy was still suffering from headache and nausea.  He dressed to go to work, but simply could’t make it.  Mama had to use a neighbor’s phone to call the school and put him on sick leave.  It was Ben Gibbons’ first time ever to use sick leave, and it alarmed the entire school.  An hour later, Daddy was drinking his fourth cup of coffee when a car screeched to a stop in the yard.

Daddy leaped up and ran to their bedroom.  With no time to undress, he jumped into bed and pulled the cover up to his chin.

“Could I take you to the doctor?” asked his boss as he entered the room.

“I wouldn’t mind a bit,” the principal insisted.

“Thank you just the same,” Daddy said, “It’s just something I ate.  I’ll be fine tomorrow.”

When the principal was gone and Daddy was back at the table, drinking coffee, he said, “Well, I figure things this way—I can either work or I can drink.  I think I’ll work.”  It was the last fishing trip for Daddy for years.

And the next time he didn’t take beer.