A WEEK OF SURPRISES 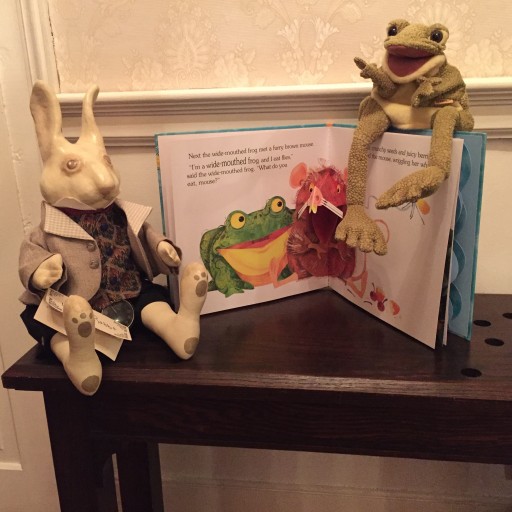 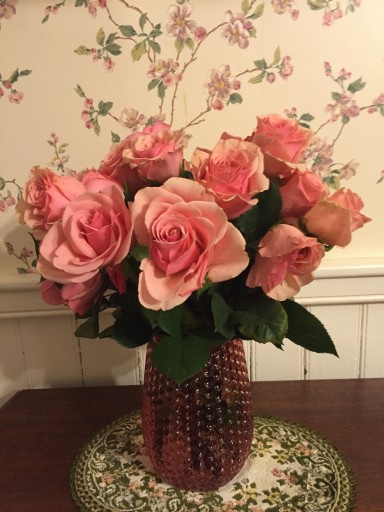 The week after I won the Yerby Prize, I was surprised over and over.  First, I was amazed that HALLEY got that award.  There were four other nominees, after all, and I told myself, as I suppose Oscar nominees do, “The odds are against me–just being nominated is an honor.”  Then I did win and was overwhelmed by the number of people who congratulated me–mainly by email or Facebook. Four days after the Yerby Festival, a package arrived from Amazon, addressed to me.  I had ordered nothing.  It wasn’t Mother’s Day or Christmas, and Valentine’s Day was history.  I opened it and found a frog puppet and a pop up book about a big-mouth frog.  The giver of this present had not revealed his or her name.  Who knew I loved puppets?  Maybe a few people, since I own about ten animal puppets that many visitors have played with.  But how many know I love frogs?  How many know I don’t spray for bugs on my back porch or carport because I might harm some of my little green tree frogs that come back in warm weather year after year? Very few.

My husband suggested one of our daughters-in-law.  “Not me,” said Aca.  “But it could be anybody, Mom.  So many people love you.”

“Oh, shucks,” I said, modestly, looking around for a tire to kick.

The next day I had no time for investigation–I had an appointment in Montgomery. But I thought about the book and the frog.  Both seemed too fragile to allow the youngest grandkids to play with unsupervised.  No, they would fare best on a high shelf, I decided,  except for those special occasions when I could make sure they were handled with care.  When I arrived home Benjamin announced that the mystery was solved.  Our older son Ben had called.  “He said since his family won’t be here for Jacob’s birthday, (Jacob is our youngest grand child), he hoped you wouldn’t mind wrapping the gift they are sending from Amazon.”

POOF!  So much for all those loving and thoughtful anonymous gift-givers I had on my list!

But the surprises were’t over.  At the end of the week, I received another package, which announced on the outside that it contained flowers.  “Benjamin,” I cried, “you shouldn’t have!”

Opening the box, I found two dozen perfect pink roses and a note from my friend and first editor, Miriam Rinn. She congratulated me on my Yerby Prize.  What an extravagant gift!

Finally there came the announcement from my only granddaughter–also my prettiest, smartest, and best granddaughter.  “Oh, Grandmama,” I can already hear her saying, “Everybody knows I’m your ONLY granddaughter.”  Anyway, Sarah told me that she is now reading my blog.  Wow!  Sarah doesn’t read just anything.  This both a surprise and a prize.  That’s about as good as it gets, folks.

2 Responses to A WEEK OF SURPRISES