LITTLE CABIN IN THE WOODS 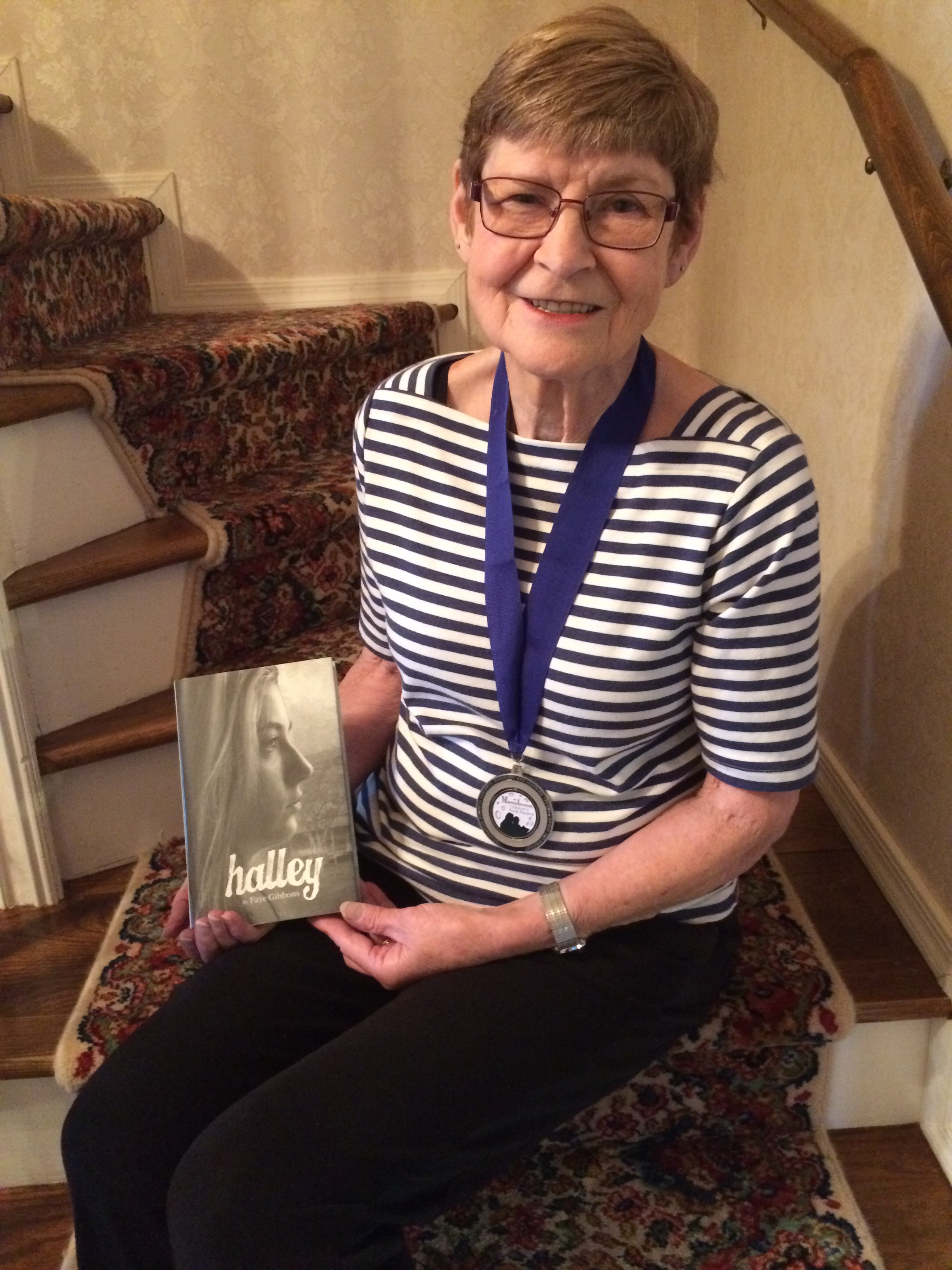 When my husband and I visited Utah’s Zion Canyon this year, we knew we
wanted to do more hiking than we had done on our previous visit.
Except for getting down into the canyon and out again on the return,
our first hike wasn’t strenuous at all, but it was fairly long.
“About eight miles, round trip,” Benjamin said as if describing an
easy jaunt.  We started out.

Halfway down, Benjamin suddenly realized his hat was in the car.  The
trail was deeply shaded on the switchbacks, due to abundant trees, but
we knew we couldn’t count on shade the entire hike, and neither of us
wanted a sunburn.  While he made the trek back up to the parking lot,
I sat down on a rock and enjoyed the luxury of silence.  It wasn’t
really silent, of course.  There was the splash of water tumbling over
and around rocks far below, the rustle of wind through the leaves and
needles overhead, and the faint hum of traffic on the highway.

Benjamin was soon back, wearing his hat.  His pack clunked with each
step.  It was stuffed with water bottles, camera equipment, a Utah
trail guide, field glasses, and on top of all else, our lunch.

Like most streams in the west, the creek our trail bordered most of
its length wasn’t too wide, so it was easy to cross.  But the creek
banks were high enough to prove that it was a much different stream
when swollen by rain. We stopped to examine rocks filled with fossil
shells.  Too large to gather, even had they been legal, we admired and
moved on.

About an hour into the hike a detour left the stream and meandered
through the forest to a log cabin remaining from pre-park days.
According to our trail information, it was vacated in 1933.  It looked
much like the main room of my grandmother Long’s house in the Georgia
mountains, which had also been constructed of logs.  Since my
grandmother’s house had been built decades before the Civil War, the
two might be contemporaries.

“Bet that was for the water bucket and the wash pan,” I said, pointing
to a shelf just inside.  “They couldn’t have had a large family in
this one room.”

“Maybe they once had other rooms.  Maybe a sleeping attic too,”
Benjamin suggested.

I agreed.  “Like my grandmother’s house.  But how did they survive?
This land is too rocky and steep for a garden.”  As we speculated, we
realized the people living here probably made a living off raising
cattle and hunting. Surely they had a milk cow and maybe a few
chickens. Maybe they fished too, though we so far had not even seen
minnows in the creek. However those people did it, it would have been
a hardscrabble existence.  Then I recalled that I had lived life
almost that hard during the time that my parents were separated and
Mama had taken us kids to live off the land in the mountains near my
Grandmother Long.  So I could imagine how cold this cabin would have
been in winter,  how hard to haul water from the creek, and how
difficult it would have been to fight off the predators that killed
chickens and attacked the cow, the hogs, and mules on a regular basis.

Back at the creek, we found more fossil rocks.  One even had a small
fish etched into its surface.  So millions of years ago, there had
been fish–why not now?  The trail ended at the beginning of what
would one day be a huge natural bridge.  Now it was just an arched
indentation in the stone side of a mountain.  We ate our lunch before
heading back and talked to a young couple and and then a family with
three kids who showed up while we ate.  The kids were talking about
the cabin and how cool it must have been to live there.

“Especially in January,” I murmured.  It’s easy to romanticize what
you haven’t actually experienced.

On our return trip we did not detour by the cabin.

One Response to LITTLE CABIN IN THE WOODS