MA LONG KEPT ON THE SUNNY SIDE 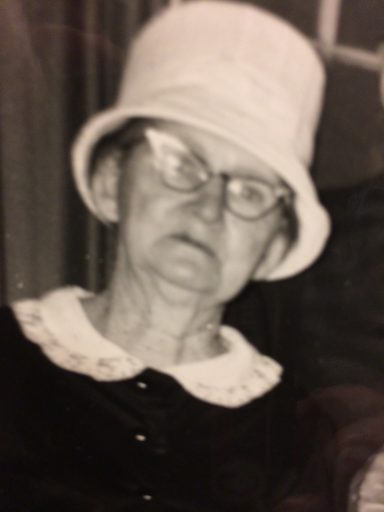 During the Depression the Carter Family had a big radio hit with “Keep On The Sunny Side.” The upbeat gospel song spoke of making the best of what life dealt you—making lemonade out of lemons. My mother’s mother was way ahead in that game. She always found something to do and something to be happy about. Frequently those two things were the same. In my childhood, I did not understand this. I knew I’d be miserable in her place.

Florence Fields was probably destined (at least by her parents) to be a spinster—the child who would take care of them in their old age. In a day and place where girls were considered marriageable at fifteen, she was twenty-five when she married Jim Searcy, who was twenty-one. When she chose him, she had to defy her parents’ judgement. Pa Fields was a fundamentalist backwoods preacher who considered the educated, book-reading Searcy clan far too educated for its own good. Their religion was suspect too. Any church that accepted sprinkling for baptism instead of full immersion down at the river was doing the devil’s work as far as they were concerned.

None of the arguments swayed my grandmother. She married Jim and he gave her a good life. Searcy men did not expect their wives to work crops. She had enough to do with keeping house, canning garden produce, and having babies. With all this, she never sat down without work in her hands—snapping beans, mending, knitting, crocheting. She had three children by the time my grandfather took desperately ill. When he began “talking out of his head” she went against her parents, who declared him to just be “sin-sick,” and took him to a hospital. Too late. His appendix had ruptured, and in 1930, before antibiotics, that was a death sentence.

Right after the funeral, the Fields swooped in and took over. A daughter of theirs was not going to become the talk of the community by living “alone.” So Ma Long sold out and moved in with her parents. With her usual industry she took on the goal of paying her own way. She hired out to pick cotton and do other work for neighboring farmers. Eventually she got a job at a cotton mill, but, dutiful daughter that she was, she handed all the money over to her father. She expected her children to pitch in when they could and to cause as little trouble and expense as possible.

The Depression deepened, and, even though she had a job, my grandmother looked for ways to better her situation. Back then, marriage was the only way for a woman. In my childhood, my mother convinced me that Ma Long had chosen to marry Bud Long, a share cropper whose wife had died and left him with seven children, because he had misrepresented himself somehow. He had happened along when her parents had become unreasonably demanding of her and her children. I have long since decided that there was a very real attraction between them. Ma Long herself admitted that she loved him better than she had Jim Searcy. This galled my mother. “Loving that tobacco-spitting, illiterate clodhopper over my father!” she would often hiss after we had visited the Longs.

But what my mother refused to see was that my grandmother LIKED “outside work.” She eventually shifted housework to the children so she could devote full time to the work she liked. And in a few years the land they worked was their own. Ma Long put all her energy and managing skills toward that goal. Pa Long gave her full credit for this miracle. “If it hadn’t been for the Old Lady I’d still be share cropping,” he would say.

Pa Long died in the early fifties and Ma Long went through the process of selling out once again. By then all the Long and Searcy kids were grown and gone, and she knew she could not run the farm or the chicken houses she had taken on. Being Ma Long, she kept busy. She worked as a paid housekeeper for one of her daughters for several years. Then she worked as an unpaid housekeeper for a son who was down on his luck. All these years she kept busy knitting and crocheting to sell to the public. To my mother’s horror, she also updated her looks. In 1964 when she attended my wedding she wore her first bra—only she called it a “brar,” pronounced to rhyme with “far.” She also wore a wig, which my mother privately declared looked like a dead animal perched on her head. Mama was relieved that Ma Long thought the occasion called for a hat. When my father teased Ma Long about “husband-hunting,” she said, “Well, now, I might just do that if I see a chance to better myself.”

Apparently, the right man did not show up. When she visited me and my husband in the late seventies, she was still single. She wore my husband out walking the “home place” which we had bought from my husband’s father, and laid out plans for making the land pay. She had no interest in the 1888 farm house we had restored. “A house is a house,” she said.

At about 85 my grandmother decided to go to the nursing home. “I wouldn’t get along with none of my young’uns,” she explained to one and all. “I’d have my say in whatever was going on, and it would make trouble. Besides, in the nursing home I’d be able to help a lot of old folks and still have time for knitting.”

She did. And when you visited her you’d better be ready to buy at least one of her finished pieces—whether you needed it or not. And you’d also be well advised to arrive in a good mood.

At nearly a hundred, Ma Long still walked on the sunny side.